Thinking about buying a property in Murcia? 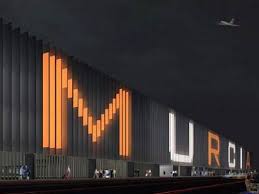 Thinking about buying a property in Murcia?

Reaching Murcia and south-east Spain has got a lot easier for British and European tourists and homeowners now that Murcia International Airport is finally up and running. Is a fact this new airport in Murcia will bring a welcome boost to property sales in Murcia.

Murcia’s airport is located 25 minutes from Murcia’s (Mar Menor) with very easy acces and drive by the Autovia del Mediterraneo RM-19 and mid-way between the cities of Murcia and Cartagena, the airport subsitute San Javier airport as the region’s gateway for international travellers, offering better facilities, a longer runway and far higher capacity.

Ryanair and easyJet launched new routes to the airport in January,  Other airlines starting services there in March or April include TUI, Norwegian Air and Jet2. Here is the link to all flights and companies destination

The new airport has affected the transfer time of homeowners in resorts along the La Manga, Mar Menor, such as Los Alcázares and San Pedro del Pinatar, only slightly – driving to the airport at Murcia – Corvera will take about 25 minutes rather than around 10 minutes to Santiago de la Ribera , San Javier or even Aguilas, depending on where you are coming from. And compared to Alicante airport, which many Mar Menor homeowners were choosing to use due to its better choice of flights, the new airport is actually 25 minutes closer.

Do you know we give you free viewing trip to visit properties for sale in Spain and taking you by car to and from the airport is included?

Look here our properties for sale in Murcia Region